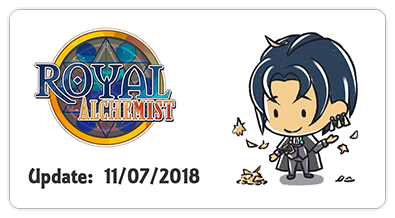 Just a quick update to let you know about the current progress! Apparently there were some issues with the funding transaction. We've reached out to the Kickstarter support team a couple of days ago and hope to get everything solved asap! We'll get onto collecting the higher tier character information these couple of days while waiting.

At the same time, the writing is steadily advancing! Quite a few key scenes have been completed, some of them will take place in the Extended Demo!

Also, remember how the demo stated that not all planned scenes for the time frame have been included? It's missing one side character as well!

With this, we want to present you Lady Ishbell of House Eudes! (Yes, Sala isn't the only female side character xD ) Our MC isn't the youngest of the cast either :) 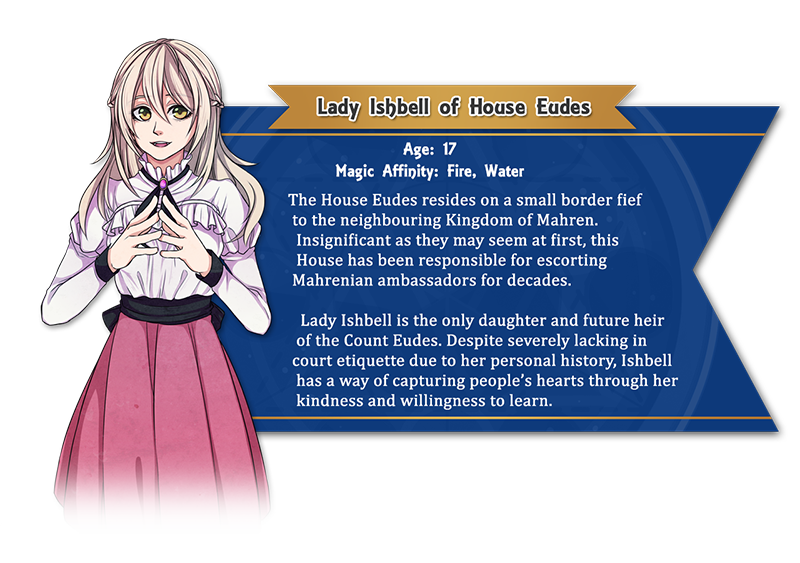 The first draft of her introduction scene has been completed by Writer P.! :D You'll meet her in the Extended Demo next Spring!