Hello everyone! We hope you guys have been doing well >_<

We're here with a quick update regarding the release.

We are very sorry to announce that we will have to postpone both Early Access and the Final Release by another two weeks.

Our programmer, Demetis, has reached the final few weeks in the script; however, due to the COVID-19 situation in her city, she has to relocate and will be unavailable until the second week of April. As such, we will not be able to release the game in time for the originally planned date.

However, as she will continue working offline during her absence, we will be able to get Early Access on the 15th of April, and the final release at the end of April.

We sincerely apologize for this and hope for your understanding, as the situation is out of our control.

Now, to the actual progress update! 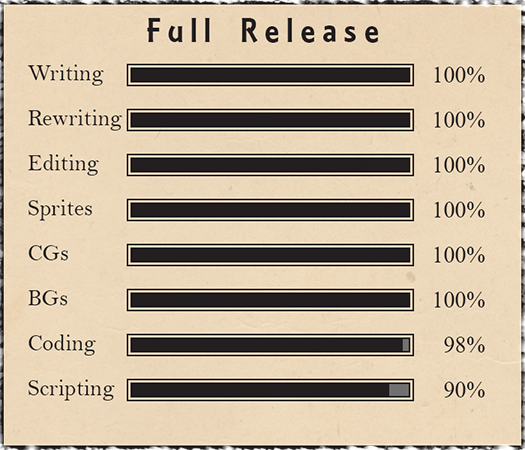 We're currently in the last weeks of the storyline and preparing ourselves for the epilogues!

Minor polishing has been added to the game. Here are a few final previews for you! 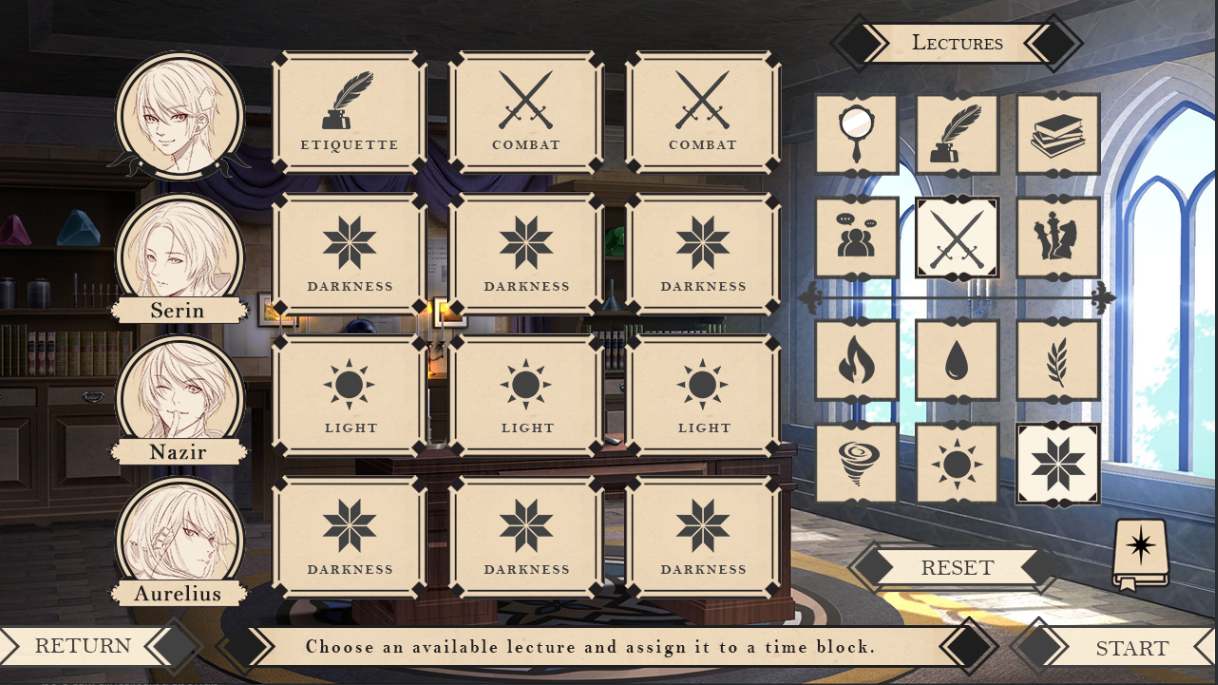 A minor change to the dark element and the grimoire icons :D 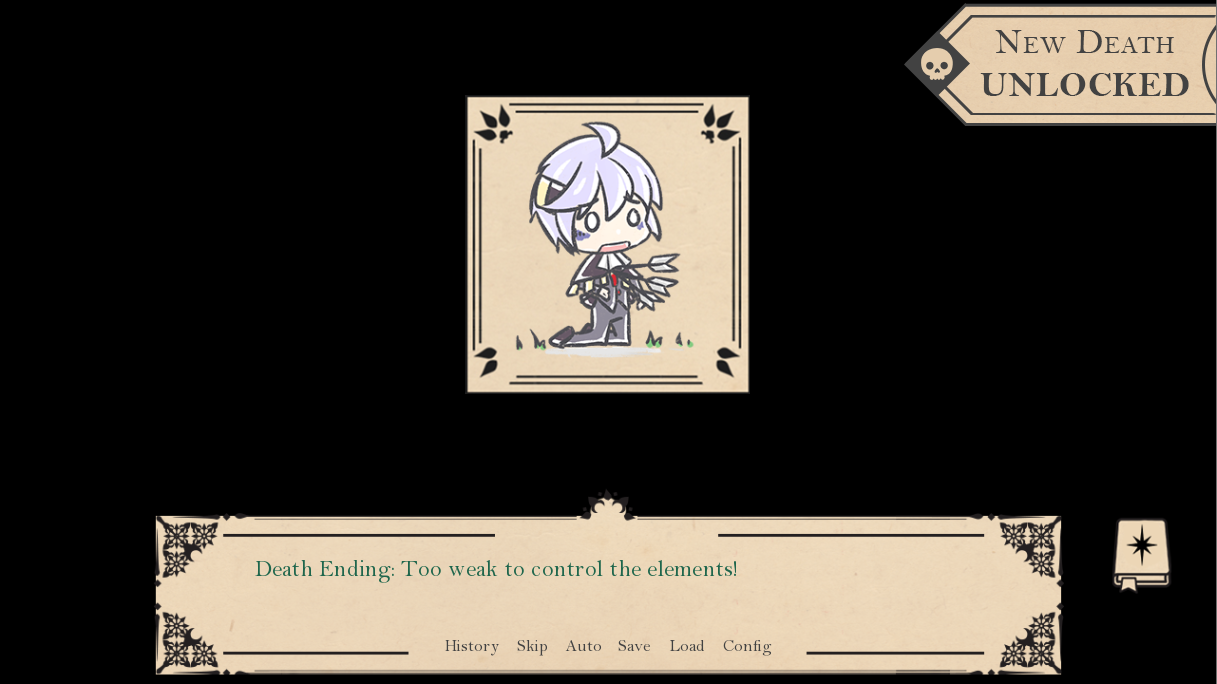 Did you know? If your calendar disappears, Alexis may die in that week! A total of 24 unique deaths.

Almost all of our CGs have been imported! The only ones left are the epilogues ;D

That's it for now. Please take care, and we will see you again next update!

You guys have done amazing work in just the demo alone. Really looking forward to it!

Thank you very much! :D

Early Acess date is almost near. Thank you Nifty team for giving me something to look forward to besides anime. I found the demo to be very enjoyable and stats leveling to be interesting. I hope your team is being safe during these trying times. No matter how excited I may be I would rather know people are safe. Thanks again for the exciting Visual Novel.

Glad you enjoyed the demo. With the Kickstarter Early Access now uploaded, we're working hard towards the public release!

Thank you so much for the support and please take care as well! :D

So if I got the 45 Dollar Pre-order and donated 5 more dollars does that mean I can get in on early access? So long as I can prove I did pay that 45 dollars and paid 5 more?

Ah it's finally coming! I'm so excited :) But this pandemic is very difficult for everyone so please focus on your health and safety first ^_^ We will eagerly and patiently wait for however long is necessary!

Thank you very much for the support!

We will take care and keep you guys updated. Please take care too! :D

I just found this vn and it looks really good, I'm very excited for when it officially comes out!

Thank you! :D We're working hard for the release date!

Thank you! We're really excited about the release too!

This whole situation is messing everyone's schedules up, no need to be sorry for it in my opinion. Good luck to you guys.

Thank you very much for your understanding!