Also, we've been getting requests about Paypal pledges. It's possible to send in your pledges through Paypal if you can't through Kickstarter! Please contact us either on Facebook, Tumblr or Twitter for more details! 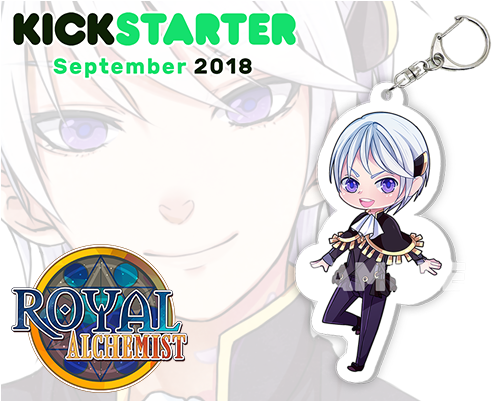 Also, we would like to announce the third prize for our art raffle! A halfbody sketch with a character of choice to lkav! With a portrait picture of a (somewhat) younger Regent! 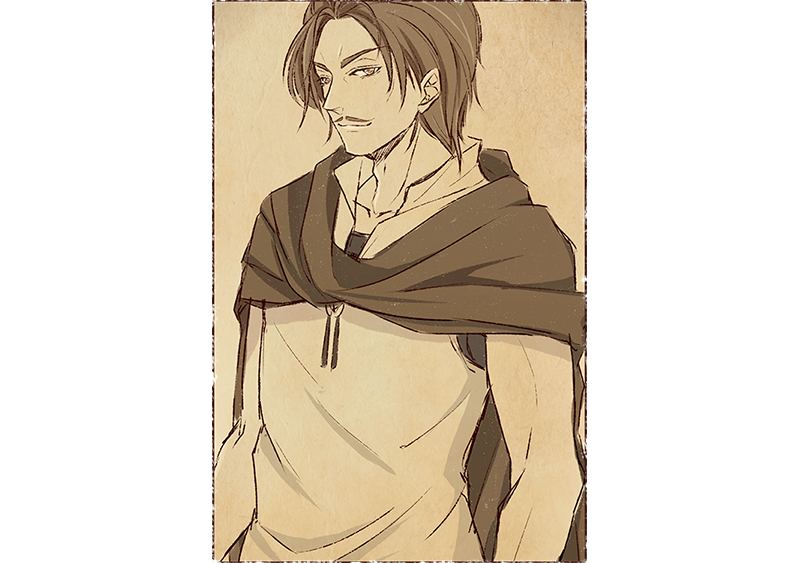 This time on our character spotlight: the flippant, carefree and flirtatious second prince of Eskia, Nazir! 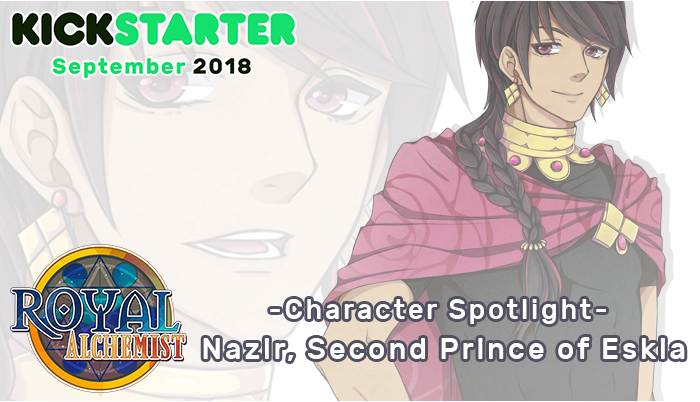 ♦  Due to his frequent “escapades”, Nazir possesses exceptional hearing—when he’s focused, at least.

♦  If someone were to ask him about his concerns, Nazir would respond most certainly with a “None!” But, all things considered, this is actually a lie. In truth, he’s seriously bothered by the fact that animals seem to dislike him and also takes issue with how hard it is to stay awake in class.

♦  Nazir has a scar on the inner thigh of his right leg - close to that place. The cause? Well... He and Aurelius used to spar a lot when they were younger. Once Aurelius came of age, Nazir invited him to join him on a late-night adventure in town - to gain experience so that he would not disappoint others’ romantic expectations. Whether Aurelius was embarrassed or offended, no one knows; however, Nazir left that sparring session bleeding and learned to keep his mouth shut (at least where that is concerned).

♦  He claims to have a bad memory, but also remembers almost everyone in both the palace and the village of Spelor. As such, it’s more likely that he just lacks the motivation to use it.

His Q & A can be found in our newest Kickstarter Update!