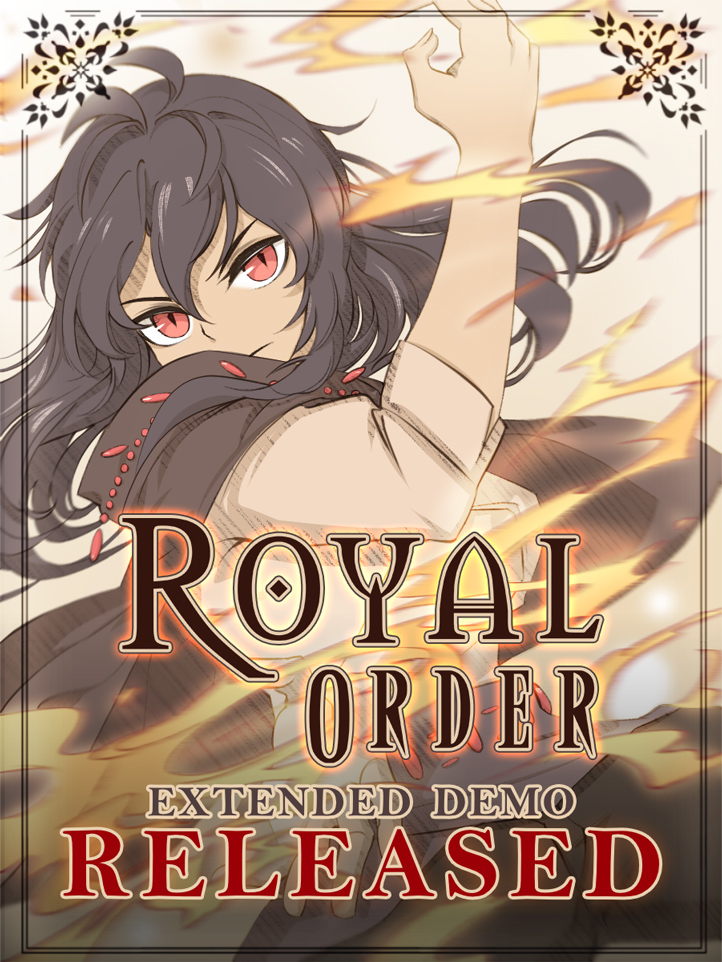 Thank you everyone for your patience and support.
At last, our Extended Demo has arrived, so it's time to continue our voyage on open seas!

Please beware that while your old savefiles will carry over, they may cause you to miss out on the additional content if certain prerequisites were not met.

For the best playing experience, it's best to start a new game!

As usual, you can report any bugs at our Discord channel and we will get them fixed as soon as we can. Thank you!

Hello! I have a question: does the extended demo include any new scenes for after we board a Sval warship? Or is it just a new content in-between the previous parts of the old demo? If the first one is the case, then the demo ends at the same part as the old one.

mac version comes up with error:

The application “RoyalOrderExtendedDemo” can’t be opened.

I have, it still showed the error

This is an issue with newer versions of mac. Sometimes I've had to go so far as to download RenPy and open it through the engine itself to launch the game.

I downloaded it but I didn't see a 32.bit version, idk if i did something wrong or if it just isn't there